Best Retirement Havens in the World 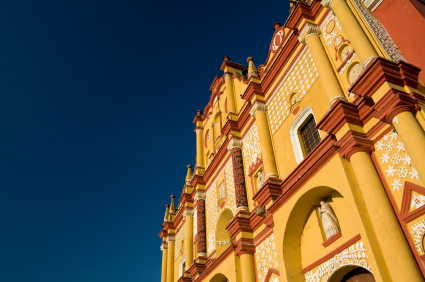 White sand beaches and turquoise-blue seas, with hammocks swaying nearby…centuries-old Spanish-colonial cities with winding, cobblestone streets and fountain-filled plazas…towering ruins left by ancient civilizations… guitars being strummed on warm, moonlit evenings…. Mexico is rich in romance, as the one million-plus U.S. and Canadian expats who live there will tell you.
But expats don’t live by romance alone. Fortunately, Mexico also provides solid, modern-day comforts and conveniences. That secluded, away-from-it-all beach on the deserted, packed-sand road? You can get within a few miles of it on a modern highway—one of the many that criss-crosses Mexico. Those centuries-old cities with their colonial homes? Today their walls conceal telephone and high-speed Internet cables and their roofs sport satellite dishes and solar water heaters.
Likewise, health care is very much 21st century, with first-rate hospitals, clinics, and medical staff. (Don’t speak Spanish? Many doctors, especially in private clinics, speak English.) And the bill will likely run you half or less of what you’d pay at home.
In fact, life in Mexico can cost you up to 40% less than what you’d pay in the U.S. for a similar lifestyle. It’s also lived at a slower, more gracious pace. And that is what, finally, many expats seek. As expat Jill Jackson, who lives in Loreto, Baja California Sur, explains: “It lets me be the person I have always wanted to be.” 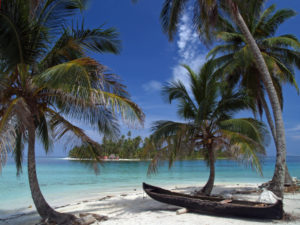 Panama is a heavy hitter in our annual Global Retirement Index, and it’s easy to see why. For one thing, Panama always takes the top spot in the retirement-benefits category due to its pensionado, or pensioner’s, program. Conceived to secure discounts for Panama’s senior citizens—savings on everything from surgery to movie tickets—the program is open to foreigners and even grants them residency.
Eighty-two-year-old Al Fine moved from Florida to Panama City around six years ago. He says he enjoys the discounts more than anything, but he also likes how modern Panama is. His ocean-view condo is in what he calls “the Beverly Hills of Panama,” where for $300,000 or less you can have the kind of property that would cost $1 million or more in Miami. But elsewhere in ultra-modern Panama City, you can buy a two-bedroom apartment for as little as $85,000.
Al is five minutes from Latin America’s most advanced hospital, the region’s only Johns Hopkins affiliate. He is five minutes from several five-star hotels, where he enjoys Sunday brunches. The area of downtown Panama City where he lives is home to the famed financial district and to an upscale restaurant district that is First World all the way.
Most of all, though, Al appreciates the people here…he likes that Panamanians are friendly and family-oriented, respectful of elders, and always happy to lend a helping hand. Thanks to the Panama Canal, this has long been a cosmopolitan, international destination. Yet for all its modernity, it’s still affordable. You can live comfortably right in Panama City for as little as $1,500 a month, including rent (or mortgage).
Plus, beyond the city you have easy access – for both visits and living – to cool-weather highland communities like Boquete or to Pacific-beach retreats like Coronado. Panama provides excellent overall value. It’s not the cheapest place on our Index, but if you’re looking for convenient, 21st-entury living, you’ll find it here at a bargain.
4th Place – Spain 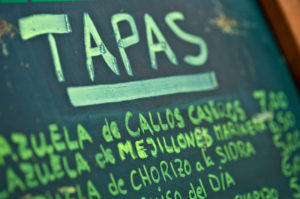 From Andalusia’s sleepy white villages to Gaudí’s Barcelona, Spain is an ever-popular retirement destination for Europeans. Some come for the golf and Mediterranean beaches with their 320+ days of sunshine. For others, it’s fiestas, flamenco, and dreamy Moorish architecture.
The cost of living is another attraction. Even for those on fixed pensions, eating out doesn’t have to be an occasional treat. Not when you can get a three-course meal with a bottle of wine for $14. Most retirees flock to southern Spain’s beach towns. The Costa Blanca and Costa del Sol have large expat communities—and English-speaking services that cater to them.  English isn’t widely spoken in all of Spain’s 17 regions—but you can manage with only a smattering of Spanish in many resort towns along “the Costas.”
And these towns are a great jumping-off point for exploring the rest of the country, one of Europe’s largest and most diverse: Madrid, with its world-class museums; the vast interior, with its endless plains, sun-baked villages, and spirit of Don Quijote; and northern Spain, with its rolling green mountains and rocky coast.
Spanish health care is good, but North American retirees will need private insurance. Annual premiums with a Spanish provider are likely to be around $1,500 for 55-60 year olds, depending on your age and medical history. The property market bubble burst around five years ago, and prices along the coasts are now down at very tempting levels. In Costa Blanca seaside towns such as Torrevieja, you can pick up a two-bedroom garden apartment for under $100,000.
Many expatriates initially rent. Again, there are lots of deals around.  For example, a one-bedroom apartment in a complex with a pool in Benalmadena on the Costa del Sol is $625 monthly. But on the Costa Almería, even townhouses are advertised for around $400 monthly. For more on Spain, including information on residency visas, see here.
5th Place – New Zealand 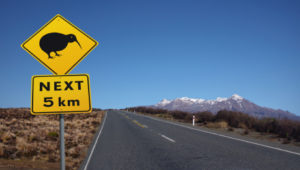 Wine festivals, whale-watching, and concerts in the park…mile after mile of coastal walks…geysers, glaciers, and the Southern Alps. For those who love uncrowded places and a temperate climate, New Zealand is one of the world’s most livable countries. Home to around 4.4 million people, it’s one of its safest, too.
Divided into the North Island and South island, it’s known as Aotearoa (“the Land of the Long White Cloud”) to its Maori inhabitants. But there’s no need to learn a new language. Generations of immigrants from the English-speaking world have long been drawn to a lifestyle that puts as much emphasis on play as on work.
Kiwis see nothing odd about festooning Christmas trees in tinsel when it’s rapidly approaching their Midsummer’s Day. While the northern hemisphere is wrapped in winter, they’re enjoying long evenings at the beach or fishing from sailboats. Most towns are near the coast—you’re never far from the sound of the ocean.
Salaries can be low compared to North America, but so are most living costs, including health care. For residents, accident and emergency care is free. It’s estimated that 70% of Kiwis don’t even bother with medical insurance. Although New Zealand’s immigration department doesn’t offer a permanent retirement visa, you could spend part of the year here. If you have substantial funds, another option is a renewable temporary retirement visa. And some people in their 50s obtain permanent residence as skilled workers, with a view to working for a short time and then retiring.
Our Annual Retirement Index: How It’s Scored
• Real Estate. Countries where real estate prices are low and the purchase of real estate is relatively easy receive the highest scores. We use our own experiences, plus reports from our contributing editors and from real estate contacts around the world, to rate each country. Weight in Index: 15%
• Special Benefits. This category considers government provisions that make moving to and living in each country easier and more affordable for foreign retirees. Taken into account are discounts on health care, public transport, airfares, entertainment, utilities, whether you can import goods duty free, property rights for foreign residents, and property tax rates. Weight in Index: 20%
• Cost of Living. This score is based on statistics from the Indexes of Living Costs Abroad, Quarter Allowances, and Hardship Differentials, published by the U. S. Department of State. We also use our first-hand experiences living and traveling in these countries. The lower the score, the higher the cost of living. Weight: 20%
• Culture. To calculate this score, we look at literacy rates, education as a percentage of GDP, the number of UNESCO sites per square kilometer, and a subjective rating of the variety of cultural and recreational offerings. Weight in Index: 10%
• Health Care. Considered in this category are the cost of a typical visit to a general practitioner and the cost and coverage particulars of health insurance. Also considered are the number of people per doctor, the number of hospital beds per 1,000 people, the percentage of the population with access to safe water, the infant mortality rate, life expectancy, and public health expenditure as a percentage of a country’s GDP. Weight in Index: 20%
• Infrastructure. We look at the length of railways, paved highways, and navigable waterways in each country, and compare them to each country’s population and size. We also consider the number of airports, motor vehicles, telephones, Internet service providers, and cell phones per capita. Weight in Index: 5%
• Safety and Stability. This measure of unrest in each country is based primarily on Interpol data and U.S. State Department statistics. It also takes into account the civil liberties and political rights granted by each government. Our own experiences and reports from expatriates living in these countries also influence the safety scores. Weight in Index: 5%
• Climate. Countries with temperate weather throughout the year, moderate rain fall, and little risk of natural disaster come out on top in this category. We use data representing each country as a whole instead of favoring one region over another. Weight in Index: 5%
This article was republished with permission from International Living.

Trackback from your site.

One Response to “Best Retirement Havens in the World”

Our agents write often to give you the latest insights on owning a home or property in the local area.